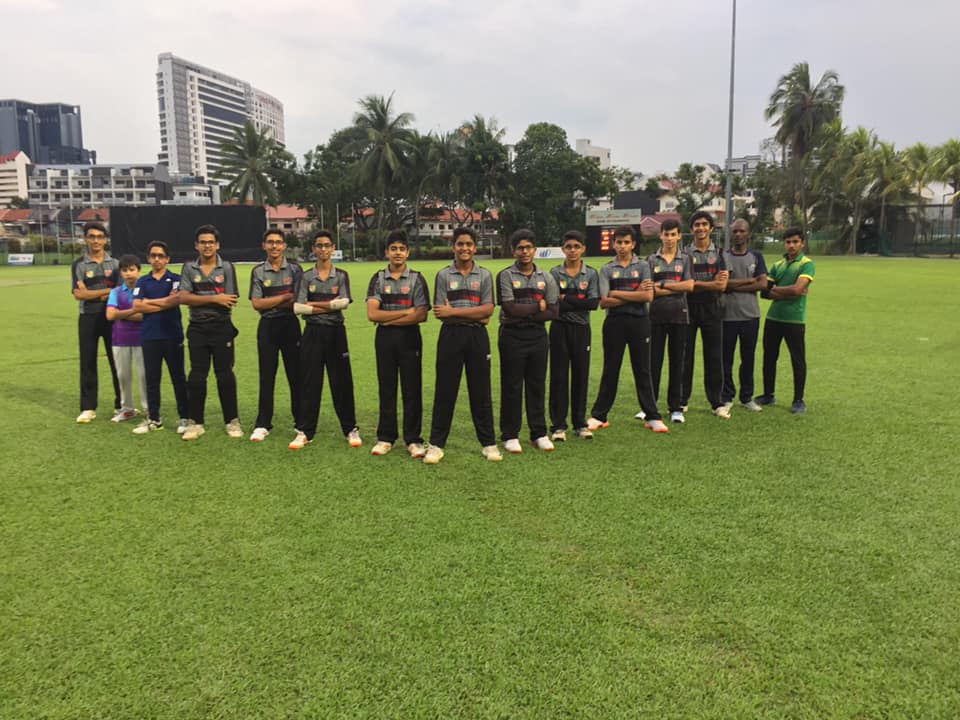 The top U-17 cricketers of Singapore are taking part in the Emerging Player Series which consists of 39 players spread across three teams.

This is an ideal platform for their continued exposure, recognition and selection to represent Singapore at major age group tournaments at both U16s and U19s level.

SG Crescents won the toss and elected to bat. It was an overcast evening, with a bit of moisture in the air and favouring the pace bowlers. The left arm pacer, Aryaveer Chaudhary was the pick of the bowlers with figures of 3 for 18 in his 4 overs.

SG Crescents fought hard, Manish Kharthik contributing 29 of 33 balls but disciplined bowling from SG Crimsons hampering their progress and keeping the run rate low. This meant that SG Crescents never really got any momentum to build a competitive score, ending up on 80 all out.

SG Crimsons had a steady start and kept their composure throughout the innings, not losing many wickets and building partnerships to put the opposition under pressure.

SG Crescents leg spinner, Vihaan Hampihallikar got 2 wickets in the middle, but a mature knock by captain Girin Gune scoring 33 runs off 22 balls guided his team home comfortably within 14 overs!

Player of the Match Aryaveer Chaudhary with his 3 wicket haul for just 18 runs which paved the way for a comfortable Crimsons victory by 7 wickets.