SINGAPORE U19s Mens fly through to the finals of the U19 CWC Qualifiers Asia Div-2s, with a comprehensive WIN by 10 Wkts over Bahrain.

Having won the toss, Bahrain only managed 62 runs in 36.3 overs; before being blown away by the Singapore U19s bullet train on a one-way demolition mission to the finals.

Adwitya Bhargava was the tip of the spear that did the major damage to the Bahrain inns, ably supported by the Singapore bowling group delivering in pure concert lead well by Capt. Jeevan S under the guidance of the coaching think tank on tour.

The new opening pair of Rahil Khan 30*(41) and Pratham Somani 23*(36) dusted off the required runs in 12.3 overs to confirm a finals spot and ensure SINGAPORE U19s onward qualification progression to U19 WC.

Adwitya Bhargava was awarded Player of the Match for his rapid and impactful spell of 6.0 overs 1(M) 3WKTS FOR 15 runs at an Econ of 2.50 RPO.
Singapore’s campaign for progress was beautifully crafted by SCA officials and executed by the young guns during this crucial tournament.
SCA THANKS ALL WELL WISHERS, STAKEHOLDERS and especially the parents and the supporting fans.

Wishing the TEAM all the very best to go ALL THE WAY and GO WELL in the Finals. 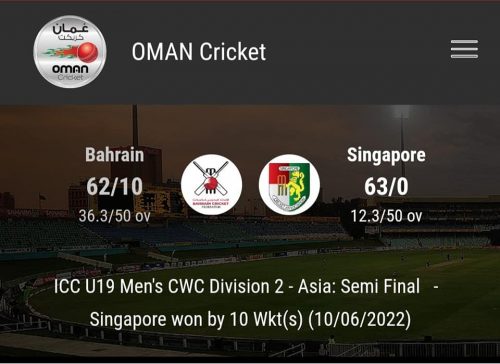 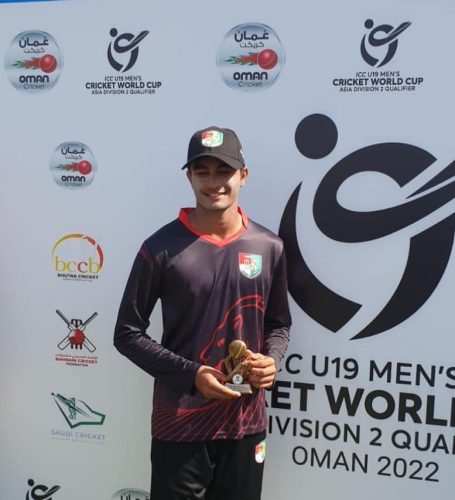 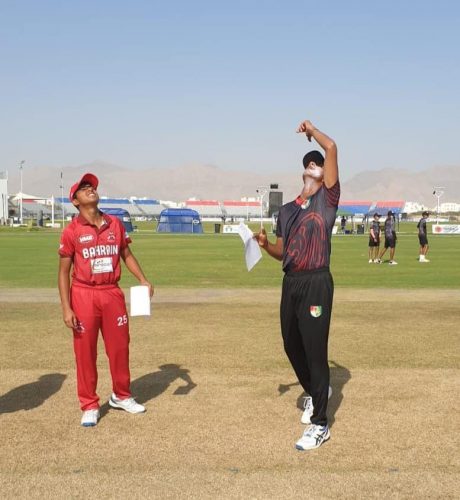